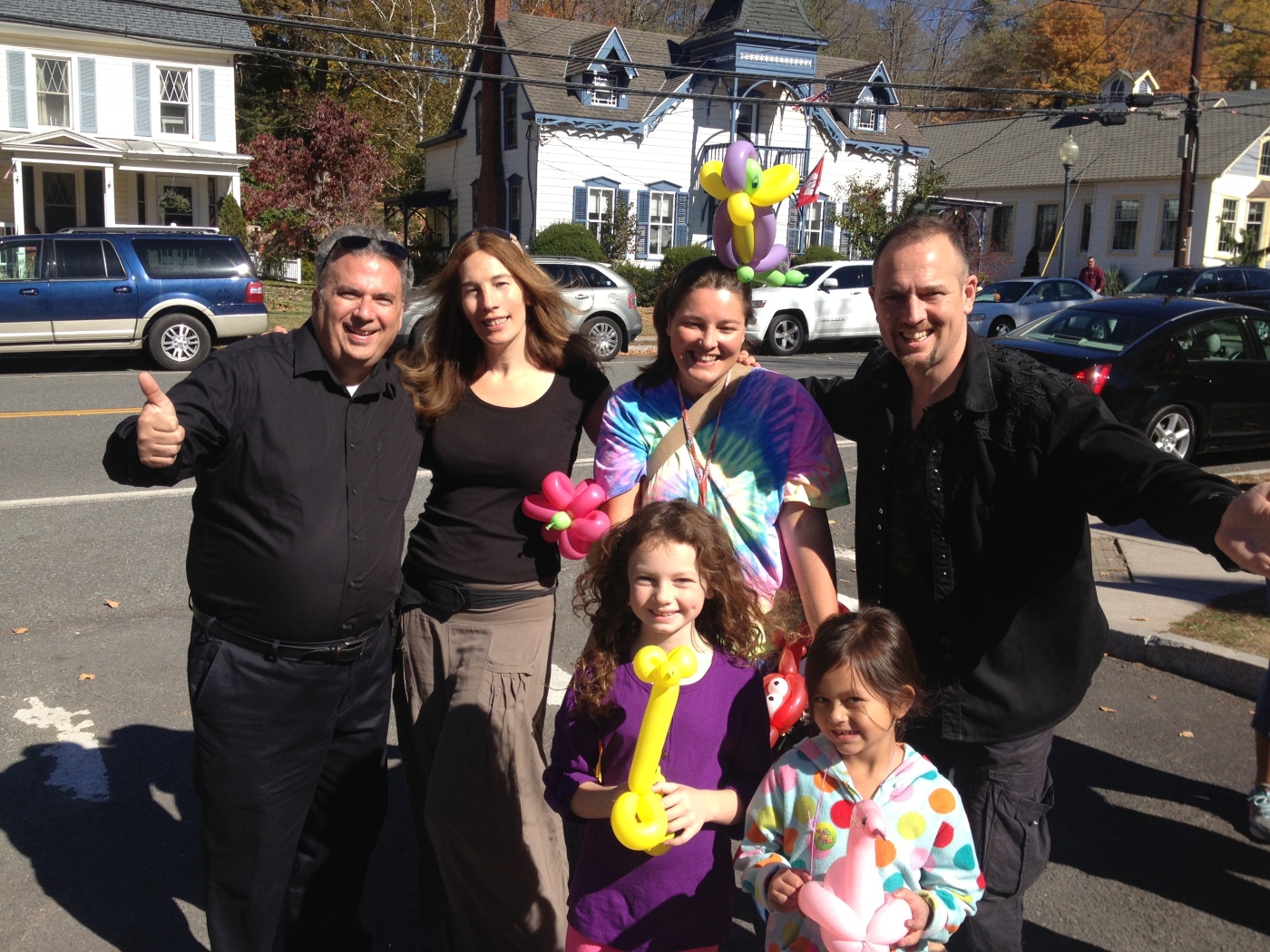 We arrived at JFK airport in New York from Las Vegas on the evening of Tuesday 7th of October, we stayed in a lovely hotel and met our friends Sean and Christine Doolan. We had a day to explore Manhattan – and with native New Yorkers, they sure knew the city like the back of their hands!

That evening I stood in front The Magnets – a New York Magic Club – to deliver my lecture together with part of my show. We were warmly greeted and received and by the end of my show, I had the whole room clapping and cheering! Straight after the show, we headed North of New York City to the Catskill mountains. We were looking forward to the next 5 days getting to know Sean and Christine. Sean and I had met on the Focus on Street Magic the year before and were going to spend one on one time together as well doing some street performing at their Autumn Fair in the town that they live in. I was booked to do a show right in front of the church in the town in the center of all the happenings and pulled a huge crowd. Veronica was making her balloons and sharing her stories and she did not stop all day.

In between shows and leading up to the Fair Christine and Sean were most excellent hosts. At 4000 feet with the landscape lush with mountains and trees that were peaking in their alternative autumn colours of gold and red. An incredible time of year to be there.

We had our theater show – The Magic of Mario Morris – booked for Sunday the 12th of October. The show left our audience in astonishment and wonder It was a nice change having Sean Doolan open the show for us and he did a great job! Veronica storytelling went down a storm – altogether our easily portable high impact family magic show went down a storm. Thanks to Sean and Christine for plugging the show. Christine went that extra mile. On the day of the show she went out twisting balloons and plugging the show.

This gave one day left to go as Sean and Christine called it ‘hiking in the mountains – looking for bears!’ We hiked but didn’t see any bears! The truth is we went for a short hike and saw no bears but certainly had a wonderfully magical time.

Next week in Part 3 read our return trip to Las Vegas performing shows and presenting.