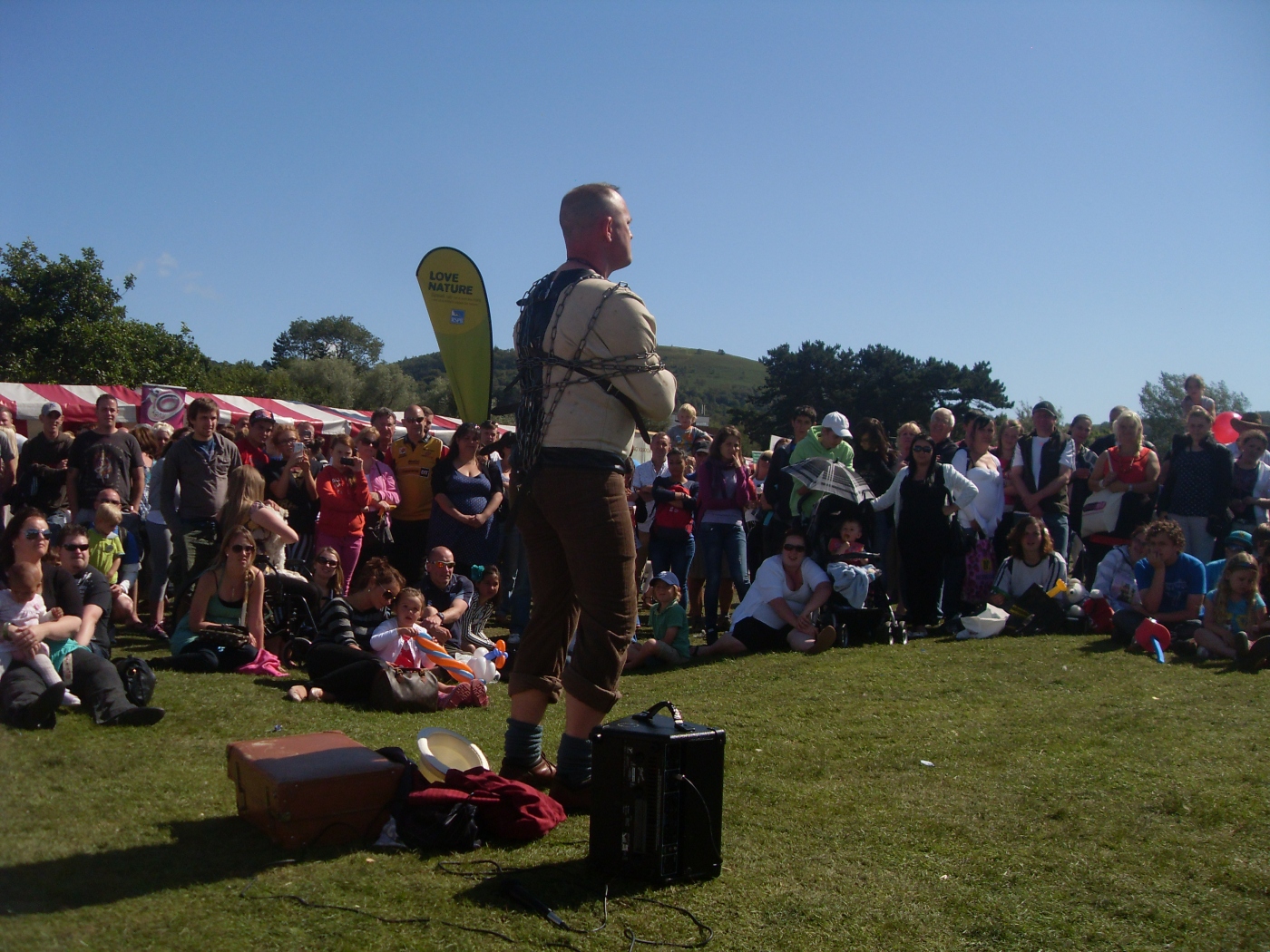 If you have not watched the British Arts Council funded movie “The Imaginarium of Doctor Parnassus” I can highly recommend it. Heath Ledger –  in his last role – Tom Waits is the Devil and they perform alongside a great cast of actors! The movie begins showing an out of date traveling open air theater, that is barely holding together. Once they find a pitch at the oddest locations,  the stage is lowered and a show of sorts begins. In their drab clothing and poorly scripted performance and juggling skills of a five-year-old,  the show does not draw in an edge and is a subject of jokes and ridicule and is facing financial ruin.

Yet to the more discerning onlookers, the traveling open air theater becomes a gate way to another dimension –  the Imaginarium of Doctor Parnassus! This is when the Magic really begins. Along the route,  the cast saves the life of one individual, who in return wants to give the theatre a make over and with his gifted sales tongue he performs a Balley outside and draws an audience and convinces them to enter the Imaginarium.

For us as performers, the fun begins with our imagination.   What do you want to create?  Drawing from my previous post –  building on who you are is a great place to start! Who do we want to reach;   do you want it to be a family show experience, or a  shock horror show or  a dare devil show of death defying stunts?  Or is it going to be a fine tapestry of adult humor that goes over the kid’s heads as they enjoy the card tricks?

Often a performance seems to be void of drawing an audience into the world of Magic and Mystery. A very real world if you believe it to be so – in fact often that the world is not even part of the performance. You may find yourself with a generic show –  it all there –  it has the trimmings, its entertaining and it makes money and if that is your sole aim then that’s great as well. But if that is the case I will add this post is probably of no use to you as you already know what you want to do.

My aim in my show is to whisk people away to a to a land of Magic, not necessarily slight of hand and clever tricks but rather the real world of make belief. I enjoy it when I have a child out on my show and he or she becomes the star of my show for that moment. As they wave the Magic stick and a  bottle appears, I have seen them gasp and it is great to see them look at the stick with raised eyebrows thinking  “it is a real Wand”. Of course, this is every other show, because you always have them who cannot cross over into the World of the Imaginarium!

Our challenge is not to give up on our dreams –  never mind what is said or done –  you have to hold true to yourself. Call me an idealist if you like.   It is possible to make your dreams a reality.  You can draw out plans, set out targets and even deadlines. In other words, make your dreams happen!   They have to be manifested in reality otherwise they are just in your own dream world – but there is nothing wrong with that as long as you come back!

It is a good idea to start writing out your show or if it helps draw it –  how do you see it? How will the world see it? Routines and ideas that perhaps lend themselves to your concept? Once you have a framework of your show laid out, you can start scripting it.   As a street performer, I have a script that I know back to front –  it has a  rhythm that it follows in line with my Magic. So If I am interrupted by some kind of distraction then I can stop,  deal with the distraction and  bring the attention back into the rhythm and flow.  It also means I can change my rhythm and flow at any one time. I can speed up –  which is rare, or harder to achieve  I can slow down.  Controlling rhythm is a  skill that will serve you well. I will go into this in a later post – I call it “The Time Warp Effect”.

Okay – so now you have scripted your show and practiced your routines and rehearsed until the cows come home. You take it out and perform it and it dies a death –  the streets can do that to a show!

Now, what do you do?  Chuck in the towel and copy someone on YouTube instead?   NO  – you preserver!  The Magic is there,  it just needs stage time or perhaps a few tweaks. Perhaps a complete change of outfits and routines and re-scripting is needed but that does not mean that you needs to change your imagination – this is where it all begins. Stay true to your vision and make it a reality!